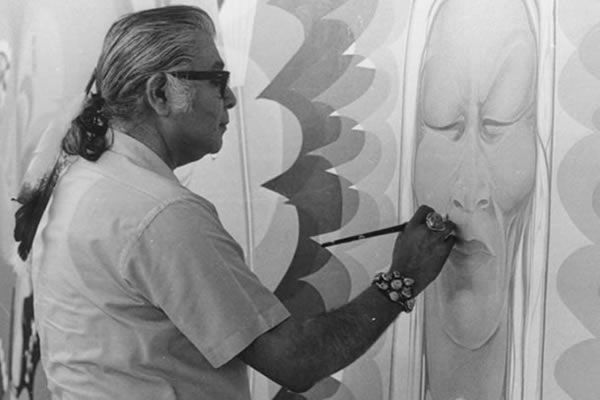 1940 Moves to Wichita and finds work at Beech Aircraft

1947-48 Exhibits at the Dallas Museum of Fine Arts and Detroit Institute of Arts as well as museums in Florida, Illinois, Iowa, New Jersey, New York and Maryland. 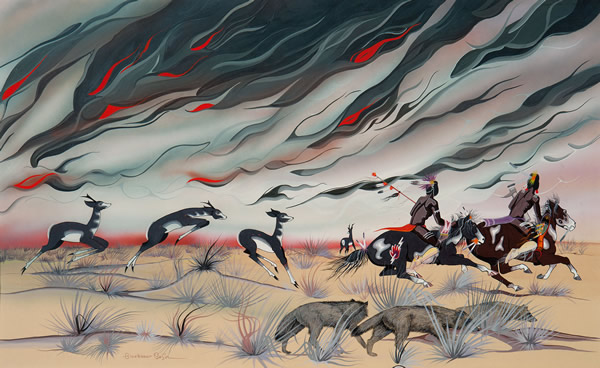 1961 Named a fellow of the International Institute of Arts and Letters at Kreuzlingen, Switzerland.

1966 Receives Certificate of Appreciation from the U.S. Department of the Interior Indian Arts and Crafts Board for recognition of outstanding services in the preservation, encouragement and development of the Arts and Crafts of the American Indian.

1967 Chosen as exhibitor at the American Discovers Indian Art Show at the Smithsonian Institution.

1970 Exhibits at the All Indian Show, The Kennedy Theatre, New York.

1972 From Whence All Life, the mural commissioned by the Farm Credit Banks in Wichita, is unveiled. 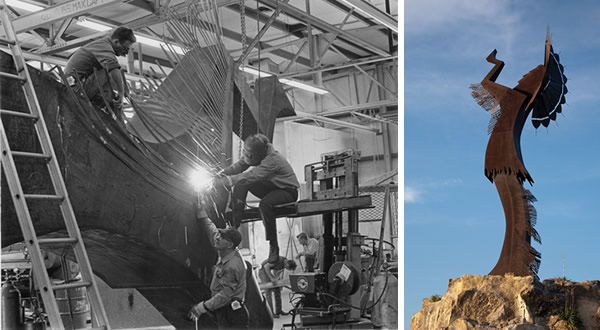 1974 Six years after the initial idea, the Keeper of the Plains statue is completed.

1977 Receives Distinguished Service Award from the State of Kansas and is named the Governor’s Artist.