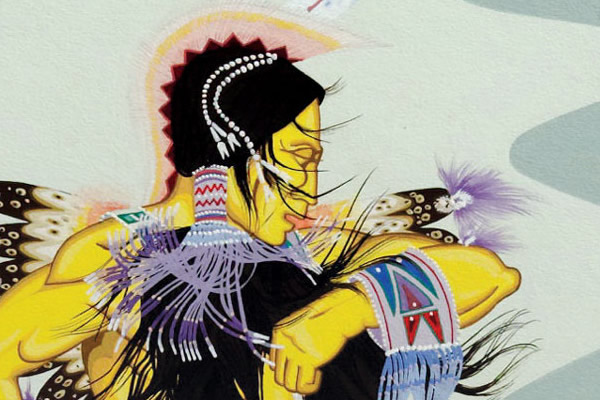 A group of south-central Kansas residents began meeting in 2011 with the goal of preserving the legacy of Blackbear Bosin (1921-1980) for future generations. Under the auspices of the nonprofit Carriage Factory Art Gallery in Newton, Kansas, the group pursued publication of a book about Bosin’s work as well as other educational projects.

The resulting book, Blackbear Bosin: Keeper of the Indian Spirit, was published in December 2012. The hardcover, 96-page book features historical photographs and 44 full-color paintings by the self-taught Kiowa-Comanche artist who captured the spirit of a bygone era in his art.

Bosin rose to national prominence after his award-winning painting Prairie Fire was published in National Geographic magazine in 1955. During his lifetime, his works were exhibited at museums across the country, including the National Gallery and Smithsonian Institution, and in 1965 he was the only American Indian invited to the White House Festival of Arts. His sculpture Keeper of the Plains stands majestically in Wichita, Kansas, at the confluence of the Big and Little Arkansas rivers, considered a sacred place by Native Americans.

View a timeline of Blackbear Bosin’s life and work.